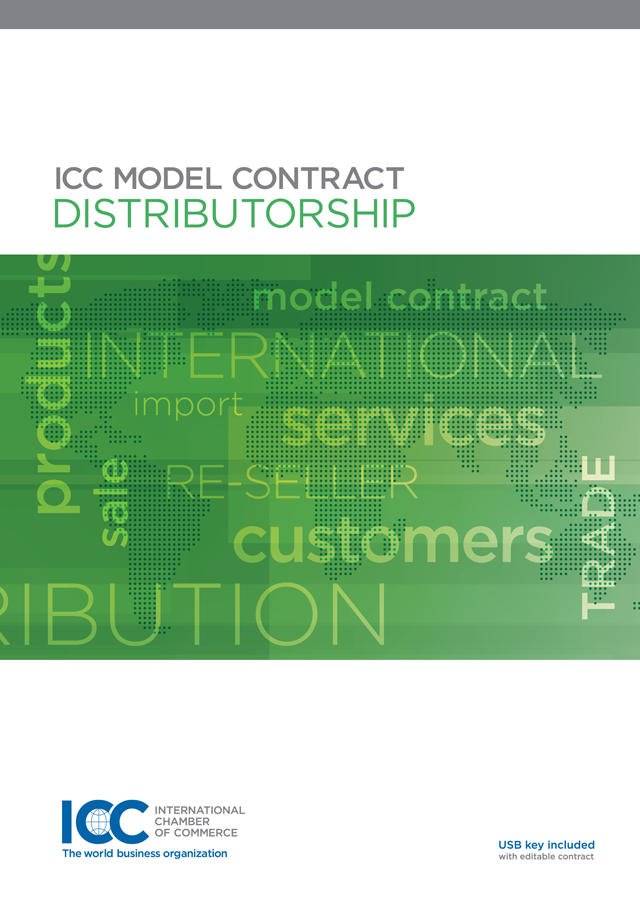 Distributorship contracts are one of the most frequently used means for organizing the distribution of goods in a foreign country.  Almost every company engaged in international trade has some distributors abroad, which means that most exporters will be faced with drafting an international distributorship agreement at some point.  But one of the difficulties that traders face when drawing up contracts is the lack of uniform regulations.  This means that parties must refer primarily to the rules set out in their agreements, which in turn makes the careful drafting of such contracts vital.

The ICC Model Contract on Distributorship provides a uniform contractual framework which incorporates the prevailing practice of international trade.  It specifically applies to agreements under which the distributors act either as buyers and resellers, or as importers who organize distribution in the country in which they operate.  This new revised version takes into account recent developments in the laws affecting distribution.

It includes a USB key which contains the full text of the model and its annexes, permitting you to easily adapt the contract to your specific case.  If parties have no need to draw up a special contract of their own, they can use the entire model, which has been drafted to assure balance for both sides.