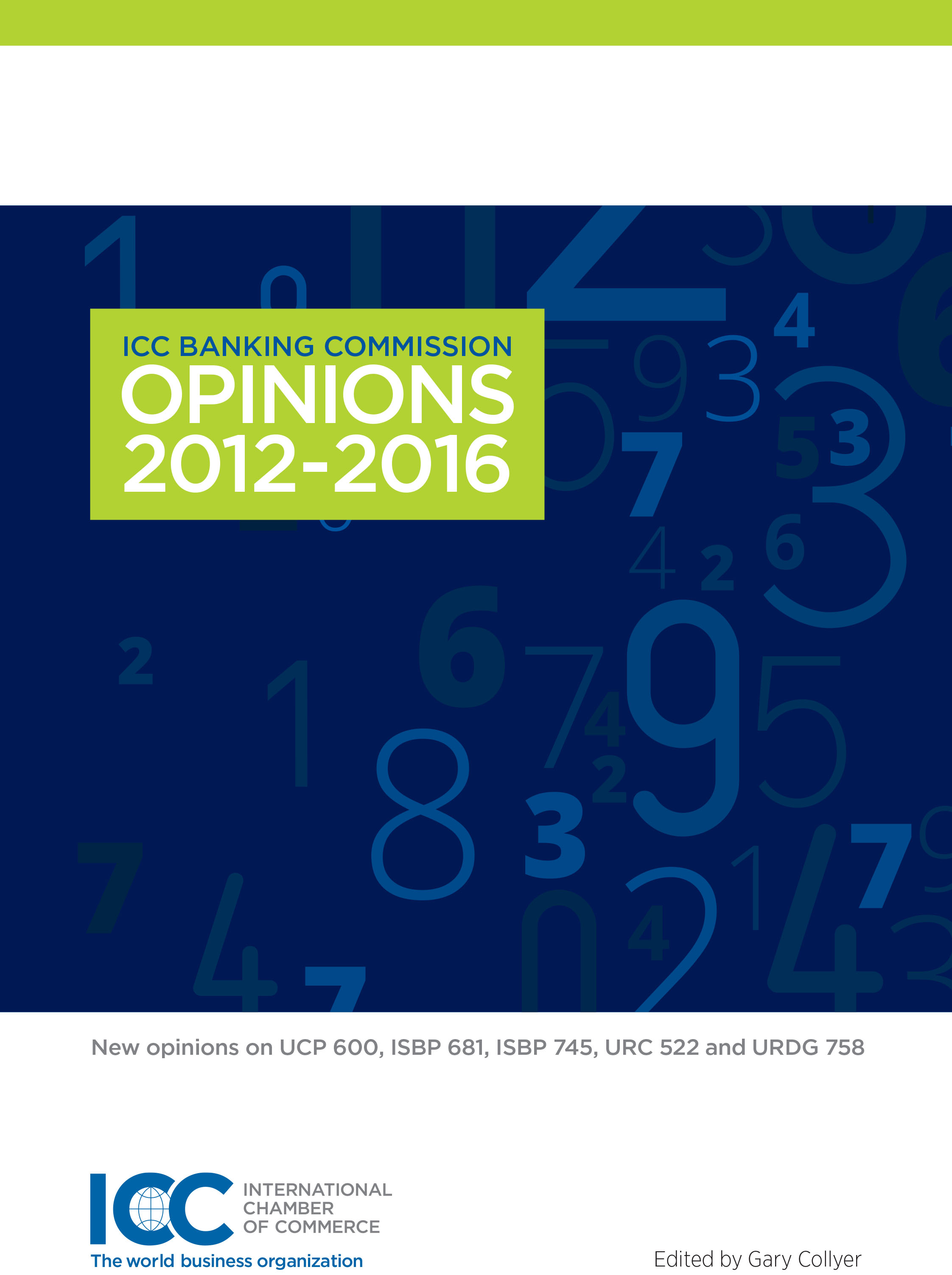 With shipment for 5,35 CHF
Sales price 87,15 CHF
gross price
Description
This important volume contains the official Opinions issued by the International Chamber of Commerce’s Banking Commission during the years 2012-2016 in the sequence TA755rev to TA840rev. The 82 Opinions included in these pages reflect how ICC’s universally used rules of letters of credit, bank-to-bank reimbursements, documentary collections and demand guarantees are applied in everyday practice the world over.
The bulk of the Opinions in this publication respond to questions raised concerning the latest version of ICC’s Uniform Customs and Practice for Documentary Credits (UCP 600), and the International Standard Banking Practice for the Examination of Documents under Documentary Credits (ISBP publication numbers 681 and 745). The UCP and ISBP publications are the irreplaceable texts practitioners adhere to when framing transactions using letters of credit.
The Banking Commission’s Opinions represent the Commission’s official interpretations of how ICC rules are to be used in specific situations. Over the years, they have not only provided unrivalled guidance to practitioners; they have also been widely cited by judges when deciding disputes involving the ICC rules of practice.
Apart from the UCP and ISBP, there are also Opinions concerning ICC’s Uniform Rules for Collections (URC 522), its Uniform Rules for Bank-to-Bank Reimbursements (URR 725) and its Uniform Rules for Demand Guarantees (URDG 758). This volume also contains Opinions approved in respect of the application of ISBP 681, the predecessor to ISBP 745.
>